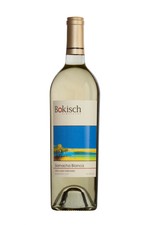 Bokisch Vineyards Garnacha Blanca 2016 is the first American wine to be awarded a gold medal in the Grenaches du Monde, International Grenache competition. Bokisch Vineyards is also the first winery from the United States to participate in the competition which had over 800 wines from 11 countries. The competition was held in Gandesa, Spain, in the Terra Alta wine growing region, which produces 33% of the worlds production of Garnacha Blanca. Markus and Liz Bokisch and their winemaker, Elyse Perry, were participants in the celebration and multiple day tour put together by the DO (Denominacion de Origin) of the Terra Ata Wine Region. Markus Bokisch’s maternal family originates from Tortosa and Sant Carles de la Rapita in Catalonia, neighboring the Terra Alta, making the win even more meaningful for Bokisch Vineyards.

Markus Bokisch was invited to be interviewed on Catalunya Radio, which reaches over 7 million listeners, in recognition of his Catalan heritage and ground breaking accomplishment of becoming the first American winery to win a gold medal. The live interview can be viewed at https://www.facebook.com/bokischvineyards/posts/10155575364063505. 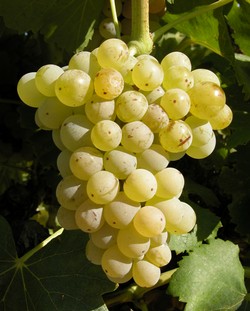 Grenache (Garnatxa, Garnacha, Canannau…) is an Iberian variety which has rapidly become one of the most widely planted varieties in the Mediterranean and around the world. Grenache Blanc (also known as Garnatxa Blanca in Catalonia) is a variety of white wine grape that is related to the red grape Grenache. It is mostly found in Rhône wine blends and in northeast Spain.

In 2013, the Interprofessional Council of Roussillon Wines organised the first competition for this high-quality grape variety. With its roots in Roussillon, Grenaches du Monde has since became itinerant, each year hosted by regions producing wines based on the Grenache grape variety. Over the years, the event has become the unmissable annual meeting for professionals in the wine industry worldwide. This year, there were 800 wines entered in the competition. For more information on the competition: https://www.grenachesdumonde.com

Commenting has been turned off.